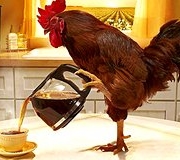 A few weeks ago while watching TV, I caught part of an old Charlie Rose show where he interviews interesting guests one on one at a round table. His guest that night was Tom Clancy, who sadly, recently passed away at the age of 66. As you may know, Clancy was the critically acclaimed, enormously successful author of such popular works such as The Hunt for Red October, Patriot Games, Clear and Present Danger, and many other literary works.

What struck me was how down to earth Clancy seemed for such a successful guy. He was a straight talker, but had an appealing, calm and direct way of answering questions. His demeanor was not at all in-your face, and his simple choice of words was perfect. (Not surprising I suppose, given his occupation.)

Charlie asked if he ever suffered from writer’s block, to which Clancy, while smiling, rather dismissively replied;

“Writer’s block is a term writers invented for when they didn’t feel like going to work. Everyone feels like that sometimes. Sometimes you just wake up and don’t feel like working that day. You just have to get up, get ready, and go to work.”

In the days that followed, I pondered this and thought, can it really be that simple? All this time I thought “writer’s block” was a malady from which only the most tortured novelists and authors of various works suffered. Something to which I surely couldn’t relate. Yet when Clancy put it in these terms, he removed all the mystery from the concept!

This got me thinking back twenty years ago, to how I perceived lawyers in general, before I went to law school. I can recall utterly being in awe of the lawyers with whom I worked. It was as if they belonged to an exclusive club and were privy to all kinds of magical secrets and knowledge that laypeople were not. I was incredibly impressed at how much of the law they must have had to memorize and be able to recall. I was convinced that they had larger brains and the ability to retain far more information than average people. I wanted so badly to know what they knew, but I knew I wasn’t a genius and wasn’t sure I had what it took to be a part of this club.

Now that I have been a lawyer for 13 years, looking back, I find it so amusing how I invented and attached such superhuman abilities to those who chose the legal profession – something which I now realize, for me, mostly came down to simple discipline and hard work!

Don’t get me wrong, it is certainly not my intention to over-simplify the other requisite traits my colleagues in the legal profession possess. Certainly, we all have an appreciation of logic, reading comprehension, and the ability to persuade, but most of all, “we got up, got ready, and went to work.”

What we didn’t know, we made it our business to learn. (We had to – there was only one final exam for each course, and no one wanted to take a Bar Exam more than once!) However, this lesson holds true regardless of the occupations we choose. If you want to learn anything new, find your inner-discipline, and go to work learning it. Treat it as though there will be a final exam at the end of the course, even if there is not. Work at it as though you have just invested three years in graduate school and have massive student loans to pay back. (Now that’s a motivator!)

Anyone can learn something new, and it’s never too late. Whether it’s taking a dance class, learning Italian, or going to law school, don’t allow your own subversive self-talk to build up roadblocks that prevent you from going after it.

Finishing law school and passing two Bar Exams was the hardest thing I ever did. Because of that, it was also the most rewarding (so far.)

Charlie Rose ended the interview by asking Clancy “Are you satisfied with your body of work?” to which Clancy replied “I never want to be satisfied. Satisfaction is the enemy of progress.”

In that spirit, I’d like to encourage you all to keep seeking out new challenges and setting new goals. With them you will find true rewards that may lead to even more mysterious and rewarding possibilities!

Want to join the discussion?
Feel free to contribute! 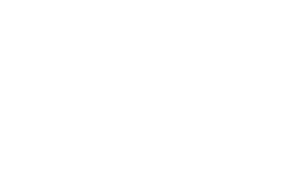 Intakes – How Are They Handled In Your Firm?

Tim co-founded Vista Consulting in 2009, along with his partner Chad Dudley. Vista’s aim was to help plaintiff law firms reach their full potential. In December 2017, Tim acquired Chad’s interest in Vista. Tim and Chad remain very close friends to this day! Tim has decades of CPA experience with local, regional, and national CPA firms. However, it is through Tim’s prior consulting practice that he found his passion. He has worked with many business owners, assisting them with defining and attaining success in their business and personal lives. Developing a management philosophy with business owners along with the associated systems and processes that assist in delivering outstanding management to Vista’s client teams is Tim’s forté.

Dr. Heather Carroll holds a Doctor of Business Administration in Industrial and Organizational Psychology. She specializes in areas such as job satisfaction, motivation, burnout, and organizational commitment, particularly as these workplace factors apply to the legal industry.

During her nearly 20 years of legal experience, she has held many roles from Case Manager, to Litigation Paralegal, to HR Manager, to Firm Operations Administrator. The majority of Dr. Carroll’s legal experience has been in the area of personal injury. However, she began her legal career at a labor union by assisting in the negotiations of a new collective bargaining agreement between a major US airline and their pilot group. It was through that experience that her interest in team and operational matters, within a legal setting, took root. Many years, and a doctorate, later helping legal teams thrive through increased operational efficiency is her passion.

Dr. Carroll resides outside the Seattle/ Tacoma area of Washington currently. She is a military spouse and a mom of three.

Ryan joined the Vista team in 2014 as a Programmer. He has more than fifteen years of experience working in various finance and accounting roles with a strong background in IT and management information systems. Ryan codes in Visual Basic and is an expert with all Microsoft products. He works closely with Vista’s Operations Consultants to build out custom dashboards for our clients. These dashboards become integral in our clients’ success. Ryan is skilled at assessing and understanding our clients’ requirements and translating those into clear and concise reporting tools that allow our clients to improve firm operations.

Mary Ellen Murrah joined the Vista Team in 2019. Prior to joining Vista, Mary Ellen spent more than 16 years managing and marketing a national, legal case management software company. That position introduced her to thousands of personal injury law firms across the country. She was a familiar face at annual legal events and a frequent voice on topics ranging from legal marketing to data integrity. Over the years, she’s forged meaningful relationships with legal vendors, which has provided keen insight on almost every corner of the legal industry. She is skilled in identifying law firm business improvement opportunities and brings her extensive operations, team management, and industry knowledge to the Vista team. Mary Ellen has a true passion for tackling projects with common sense management. Her eye for detail, human resources experience, and deep operations skills are an asset to help law firms grow their businesses and help attorneys foster and maintain efficient, profitable practices.

Pam joined the Vista Team in 2020 as an Operations Consultant. She began her career more than twenty years ago at a personal injury law firm where she served as Law Firm Administrator for close to a decade. In that role, she became intimately familiar with the nuances of personal injury firms and developed a keen eye for improvement and success. She then took her passion for data management and effective processes to a national, legal case management software company. There, she worked with hundreds of law firms across the country to help them implement a new system that allowed them to collect and analyze their data and institute seamless workflows. She then transitioned to the role of Training Director for a large personal injury firm where she served as project manager for a massive data conversion and software platform shift. Ultimately, she yearned to get back to her roots, traveling the country, meeting thousands of attorneys and team members, and helping them transform their business.

Stephanie joined the Vista Team in 2009 as an Operations Consultant. She brings her knowledge and experience in management and operational excellence to our team. Prior to joining Vista, Stephanie spent twelve years working for insurance claims departments and five years as a Chief Operations Officer of a multi-office, northeast, personal injury firm. She is admitted to practice law in Connecticut, New York, and Tennessee. Stephanie utilizes her experience to assist Vista clients in implementing tried and true solutions in law firm operations. She is an innovative thinker who can apply solutions to clients’ specific circumstances. Stephanie has a knack for assisting COO’s and Office Managers in challenging situations. She has polished coaching techniques and is skilled at helping her clients work through the decision-making process. She is extremely thorough, exhibits strong communication skills, and partners with key client personnel in delivering systems and accountability that drives results.

Terri joined the Vista Team in 2018 as an Operations Consultant. After joining a large, multistate law firm in 2004 as a front desk receptionist, Terri quickly realized that her passion for serving others was best utilized in the personal injury firm setting. She developed a love for the legal field. Terri’s passion and desire to understand all aspects of a personal injury case resulted in several promotions to Senior Legal Assistant. In 2015, Terri was selected to join a brand new personal injury firm as Senior Legal Assistant and Office Manager. In this new role, Terri was able to utilize her dedication to the profession and years of experience to help this firm quickly become one of the premier small firms in her hometown. Terri looks forward to helping personal injury firms meet their growth goals.

Amanda Hankins joined Vista Consulting Team in 2017, bringing more than two decades of intimate experience working in personal injury law firms. Amanda’s career at a large, multistate law firm took her from Receptionist to Legal Assistant to Intake Supervisor to Medical Treatment Coordinator. This experience in working in every department of a personal injury firm serves her clients exceptionally well. She’s been there, she knows the struggles, and she knows how to drive progress. She also has experience working with one of the largest medical funding companies as a Business Development Manager. She has a true passion for customer service and loves working with law firms to teach them all avenues of keeping client satisfaction as a top priority.